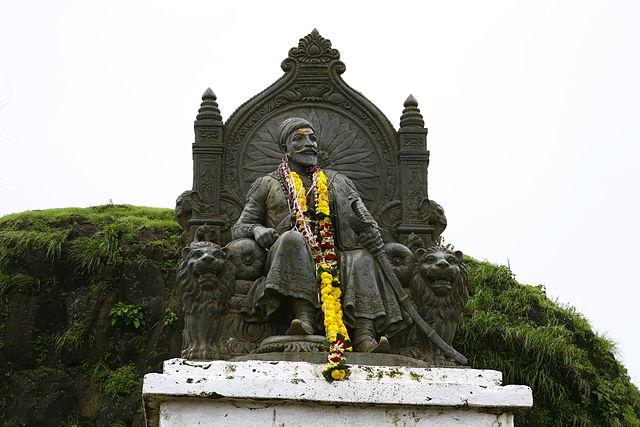 With an extensive background of history, India boasts of a lineage of great emperors and their empires. Powerful kings and emperors have come and gone and established their sovereignty over various parts of India. The most well-known ones have also brought about revolutions in the administration of the country. Throughout the years, there have been many such empires that changed the course of history in India. These great empires have left a long-lasting mark on the country’s heritage, which is prominent even today. Let’s go through few of the greatest empires of India.

The kingdom of Magadha in the years 322-185 BCE saw the rule of the Maurya dynasty. Ranging from emperors like Chandragupta Maurya to Ashoka, the Magadha Empire expanded greatly in the North-western part of India. Economy and administration flourished under Emperor Ashoka’s rule, and post the Kalinga war, Magadha became a peaceful and free empire. Emperor Ashoka took solace in Buddhism and spread its beliefs all over his kingdom, in the process he erected pillars across India that exist even today. The Mauryan Empire is known to have flourished greatly due to the intelligence of Chanakya and his economic prowess. It is thus considered as one of the vast and significant empires of India.

Babur’s defeat of Ibrahim Lodi was the inception of the establishment of the most coveted empire of the time, known as the Mughal Empire. Babur, himself being a great emperor, was succeeded by Humayun, followed by Akbar—who proved to be the greatest of the Mughal emperors. Delhi has been the seat of power since before the time of the Mughals, and Emperor Akbar established religious harmony throughout the country. Under his rule, the Mughal Empire expanded to all boundaries, and art and literature flourished immensely in his time. His successor Jahangir’s rule brought about great economic changes; followed by Shah Jahan, whose son Aurangzeb took the throne soon after.

Aurangzeb was known as a tyrant, and ruled at the time of the famous Maratha king—Shivaji Bhosale. The Marathas established their rule in Maharashtra during the 1600s-1800s. The end of the Mughal rule was the inception of the expanded Maratha Empire. Maharashtra saw the rise of the beloved king Shivaji Bhosale who brought about great changes in the administration, and fought against Aurangzeb’s tyrannical rule. The Marathas were succeeded by the Peshwas who also left a mark on the extensive history of Maharashtra, and in turn that of India.

Established by Maharaja Shri Gupta, the Gupta Empire existed during 320-550 CE. The era of the Gupta rule is known as the Golden Age of India due to the inventions and discoveries in the fields of art, literature, science, religion, astronomy etc. Rulers like Chandragupta, Samudragupta etc. were the prominent emperors of their time who brought about significant changes in the history of India. Great poets and scholars like Kalidasa, Aryabhatta etc. emerged during this time, and are known to have been contributors of great works of literature and mathematics.

India witnessed the rule of a Muslim dynasty during 1206-1526, including those of the Mamluk dynasty, Tughlaq dynasty, Khilji dynasty, Sayyid dynasty and Afghan-Lodi dynasty. Right before the Mughal Empire emerged, the Delhi Sultanate expanded its power across India. The most notable figure was Sultan Qutubbudin Aibak, followed by Razia Sultan who was the accomplished female ruler of that time. The empire flourished during the rule of the Tughlaq dynasty, but after its fall, the Delhi Sultanate was replaced by the Mughals post Babur’s defeat of Ibrahim Lodi.

Kaiser Tufail with the most noteworthy figure of Emperor Kanishka, the Kushan Empire spread across Varanasi and Peshawar (present Pakistan). Emperor Kanishka expanded his empire all the way to some parts of China, where he prominently spread Buddhism. With diplomatic relations to the Roman, Persian and Chinese empires, the Kushan Empire gave birth to great works of literature and art, the mentions of which are recorded in historical books found today. This extensive empire was replaced by the Gupta Empire centuries later, which brought about great revolutions in the administration of their respective empires.

India’s vast history of great rulers has encompassed through the years and become noteworthy in the eyes of historians, who have recorded the prosperity of the country under the rule of these emperors and kings. These notable periods in history are important since their evidences are available for more knowledge even today.